All You Need to Know About Indiana Hit and Run Accidents 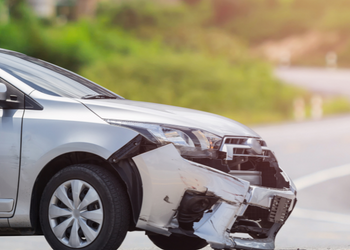 We all know we should not leave the scene of an accident, whether we caused the accident or not. However, it still happens far too often. Understanding your responsibilities at the scene of a crash and learning what to do if another driver flees the scene of your accident can help you be prepared if you are unfortunate enough to be involved in a crash on one of Indiana’s highways or byways, as our Indianapolis car accident attorney explains.

What Is the Legal Responsibility of Indiana Drivers?

According to Indiana law, it is illegal to leave the scene of an accident in which you are involved. Under the state motor vehicle code, a driver involved in a crash must do the following:

A driver who fails to meet these requirements commits a Class B misdemeanor known as Leaving the Scene of an Accident. However, the infraction becomes more serious in the following situations:

These charges are serious and can result in hefty fines and jail time if the driver is caught. However, when you are one of the injured people left behind by a hit-and-run driver, what can you do when he is not caught?

Recovering From a Hit and Run Accident

Indiana hit and run laws are designed to prevent people from fleeing the scene of an accident and to punish those who do—if they are caught. If you are injured and your car is damaged in a crash and the at-fault driver flees, what can you do? If the driver is caught—even if you have already paid for repairs and medical bills—you can sue his insurance company for the damages and recover what was lost. If he is convicted of a felony, you may also be able to recover punitive damages. You can help police locate a hit and run driver by making note of the make, model, and color of the car and taking pictures if you are able.

Unfortunately, hit and run drivers are often not caught. If this happens, you will have to rely on your own insurance company to cover the cost of your injuries. You may look to the following policies for coverage: