You’ve seen the billboards and TV commercials of personal injury attorneys claiming million-dollar-plus awards for clients, and you’re wondering how a car accident could be worth that much money. The reality is that very few auto accident claims are worth that much, but most claims are worth more than what the injured party ends up taking away. If you or a family member is injured in a serious automobile crash that is not your fault, how can you be sure you get what you are truly owed by the at-fault party? Our Indianapolis car accident lawyer mentions how there are multiple factors at play.

The Three Most Important Factors 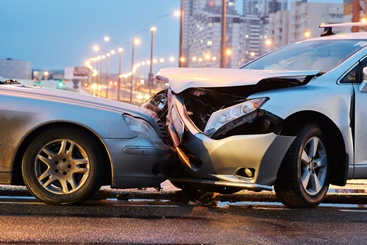 The three factors that will have the biggest impact on the value of your claim are the extent of your injuries, the amount of insurance the at-fault driver has, and whether you have an experienced Indiana auto accident lawyer or not. Here’s how these factors affect a claim:

Assuming these three factors come into play in your case—you were seriously injured, the at-fault driver has decent insurance, and you have hired a lawyer—there are still things you can do to maximize the value of your claim.

Like with any legal case, one of the main differences between a weak claim and a strong claim is the evidence you have to present. In a car accident case, you want strong evidence that the other driver was fully at fault and proof that your injuries are significant. Since this evidence is harder to collect after the fact, it’s important that you do the following as soon as possible after the crash:

Obviously, if you are so badly hurt in the crash that you are taken away by ambulance, you should not worry about any of these steps. Your attorney will still be able to build a strong claim for you.