Can You Get Social Security for Parkinson's Disease? 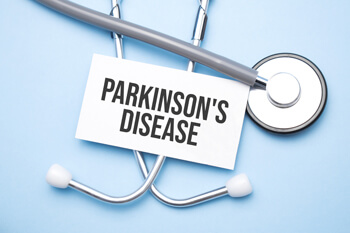 Parkinson’s disease is a progressive brain disorder which affects movement in the body. The condition causes neurons in the brain to become impaired or die. This neuron impairment causes the neurons to stop producing dopamine. Scientists do not know why this happens. The condition often comes on very gradually and progresses, with more severe symptoms developing with time. Men are more likely to have Parkinson’s. Most individuals don’t show signs of Parkinson’s disease until they past retirement age – and have likely already stopped working. However, early onset Parkinson’s can begin before the age of 50. This category of early-onset Parkinson’s is the most likely to be in a position to need to file for disability as a result of Parkinson’s preventing them from continuing their career.

Is Parkinson's Preventing You from Working?

Parkinson’s can cause a wide range of physical and mental symptoms which affect daily life and the ability to work. Parkinson’s can case a tremor, or trembling, of the arms, legs, face, or head. Bradykinesia refers to the slowness of movement unique to Parkinson’s disease, such as dragging the feet when you walk or moving slowly when rising from a seated position. Parkinson’s also causes a loss of automatic movements, such as swinging your arms when walking or blinking. Parkinson’s can result in a soft and monotone speaking voice. Often times, the person with Parkinson’s is unaware of these gradual physical symptoms, as they are very mild at first.

Eventually, the dysfunction in the slowness of movement in the arms and legs can reach a level of severity where the individual is a fall risk and needs assistance for basic functions of daily life, such as eating, dressing, and bathing. It is usually the spouse or family members who first notice these mild physical signs of movement-related physical symptoms. Those with Parkinson’s can also experience increased depression, emotional problems, and trouble sleeping, which can affect their abilities to concentrate on mental tasks or stay focused. Those diagnosed with Parkinson’s can also have urinary problems, constipation, and skin problems, further complicating their daily lives.

Parkinson’s disease currently cannot be cured. Treatment for Parkinson’s primarily involves medication used to slow the progression of the disease. Other methods of treatment include brain stimulation following surgical implantation of a stimulating device, as well as physical and occupational therapy.

How to Get Social Security Benefits for Parkinson's Disease

Alternatively, the listing is met if a marked physical limit is paired with a marked limitation, such as a marked inability to concentrate or remember information. This is very high-bar standard and requires significant dysfunction in two extremities. Additionally, meeting this listing requires adherence to prescribed treatment – in other words, it doesn’t matter how bad you get when you’re not taking your medicine (or before you started taking medicine), but rather only how badly you’re affected when taking all medication as prescribed.

If you are over the age of 50, obtaining disability for Parkinson’s disease doesn’t necessarily require that your condition is severe enough to meet Listing 11.06. If you are over the age of 50, the medical vocational grid rules could allow you to be found disabled if you are significantly limited in your ability to stand and walk. As long as you are unable to perform past jobs, then you need not prove that you can’t do sit-down work. Most of my clients with Parkinson’s who are approved for benefits get approved using this rule for the age category of 50 and above.

In my experience, the best evidence in a disability case involving Parkinson’s disease will come from the treatment notes of the treating neurologist. This is where you will find observations of bradykinesia, muscle rigidity, weakness, abnormal movement of the limbs, etc. Neurologists are the specialists typically assigned to treat Parkinson’s disease. The best evidence possible would be an opinion from the treating neurologist indicating that the patient has an extreme disorganization of motor function in two extremities, which would mean the patient meets a listing. Evidence from neurologists is typically the most persuasive to Administrative Law Judges in cases involving Parkinson’s disease.

The unfortunate reality is that the majority of disability applications are denied. Having a team of dedicated and experienced Social Security attorneys working on your case is your best chance at getting the benefits you need. Since 1936, Keller & Keller has been defending the rights of injured and disabled people just like you. Contact us today for a free, no-obligation consultation to learn more.