How to Qualify for Social Security Benefits for Bipolar Disorder 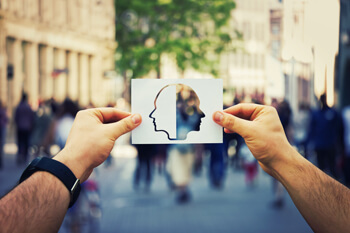 If you have been diagnosed with bipolar disorder, you know how it can interfere with your ability to maintain a normal routine and healthy relationships. Likewise, it can limit someone’s ability to sustain the concentration and pace required to work or handle interactions with others in the workplace. If your bipolar disorder makes you unable to work, you should consult an experienced lawyer about a Social Security Disability claim.

You should first be ready to tell your attorney about the symptoms of your bipolar disorder. Generally, the disorder involves alternating phases of mania and depression.

Does Your Bipolar Disorder Prevent You From Working?

A true case of bipolar disorder like this would complicate the ability to work for many reasons. The depressive phase may be so severe that someone is unable to work while depressed. If that person can make it to work, they may not be able to concentrate or successfully negotiate workplace interactions. The manic phase may involve impulsive, abnormal behavior that could disrupt others at the place of business. It often also involves a lack of normal sleep which would also interfere with the ability to sustain a steady work routine.

Next, you'll be asked about the treatment you have received for bipolar disorder. You can tell your attorney what medications you are taking, whether you are engaged in counseling, and if the bipolar disorder has resulted in any in-patient psychiatric hospitalizations. Some information about your response to the treatment (whether it improved your symptoms) would be helpful for the professional to know, as well. Generally, a judge will not feel comfortable approving a case involving mental disability until someone has attempted treatment but it has not resulted in improvement to the point at which an individual regains the ability to work.

Your Social Security attorney will need to know these things to assess the strength of your claim. A bipolar disorder can qualify someone for disability, but being diagnosed as bipolar does not automatically mean that someone will be approved. Social Security will always evaluate its severity to decide your claim. In fact, I have read a few recent hearing decisions in which various judges have expressed the viewpoint that they are more concerned with the nature and extent of the symptoms of mental health problems than they are with the labels that have been assigned to a patient. I appreciate this point of view. While diagnoses shouldn’t be disregarded or ignored, the severity of the symptoms is the most important factor.

This viewpoint is also appropriate because bipolar disorder is often misunderstood and can be misdiagnosed.

Misdiagnosis may occur if it is made by someone like a primary care provider who does not have psychological expertise. Often, I will see a hearing decision which lists both depression and bipolar disorder as severe impairments. This probably occurs because a judge or decision writer sees both impairments diagnosed in the medical record. However, depression is a part of bipolar disorder, so listing both diagnoses is technically inaccurate. They conflict – a depression diagnosis would indicate that someone doesn’t have the manic episodes associated with bipolar disorder.

I have also heard hearing testimony from psychological experts who disagreed with a bipolar diagnosis made by another doctor, instead opining that the individual suffered from depression with symptoms of a borderline personality disorder mimicking bipolar mania. I have also seen individuals diagnosed with bipolar disorder when their depression involves bouts of anger that are mis-identified as mania. Here, this diagnosis would be inaccurate because the anger is a symptom of the depression, not a manifestation of mania.

But again, issues regarding labels and diagnoses can distract from the all-important assessment of someone’s limitations, which are summarized in the finding called the Residual Functional Capacity, or RFC. This is the most important finding a judge makes when deciding a case. It is a finding of what the individual can still do despite limitations. If the RFC doesn’t allow for work, a Social Security claimant should be considered disabled.

A judge’s RFC should address how someone’s impairments limit them in the ability to complete a normal workday or workweek. A Social Security Disability decision is made based on whether and individual can perform full-time competitive employment. An RFC is an assessment of an individual’s ability to work on a “regular and continuing basis,” meaning 8 hours a day, 5 days a week, or something equivalent.

At hearings, vocational experts will usually testify that if someone is missing more than one day of work per month on average, that person can’t sustain full-time employment. Likewise, the experts will usually testify that if someone’s impairments result in the person being off-task 10-20% of the time they are at work, this person can’t keep a job, either. Therefore, impairments that would result in a person regularly being absent or off-task can be disabling.

Our Social Security Attorneys Can Help With Your Claim

I handle hundreds of cases every year and I rarely see one in which our client wouldn’t be absent or off-task this much. They have conditions which flare and would cause them to miss work, need treatments that would take them off-task, or they are regular visitors to the hospital. However, judges can be reluctant to even evaluate this issue, as reasonable findings about absences and time off-task would result in many more cases being approved. Mental health impairments can certainly cause absences and make a person off-task, but judges may want to ignore this.

If this happens, you want a skilled attorney on your side who can show a judge how medical opinions support your claim. These opinions are always some of the most important evidence in a case. Frequently, Social Security’s own expert will opine that someone would be limited in the “ability to complete a normal work day and work week without interruptions from psychologically based symptoms.” This could only reasonably be interpreted to mean that the person would be expected to be absent and/or off-task from work. But judges will ignore this and fail to make any finding about how much this would occur. If this happens, you need attorneys who can raise this issue, appeal if necessary, and fight for your case to get the fair evaluation it deserves.

If you have struggled with bipolar disorder and obtained treatment for it but still suffer from disabling symptoms, the Social Security Disability program can help replace the income you are now unable to make. You are welcome to contact Keller & Keller to discuss this.