Can You Get Social Security Disability for Depression? 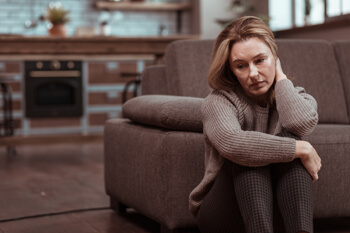 So, let’s talk about one of the most misunderstood illnesses and most common disabilities in the United States, i.e., Depression. Now, Depression can mean many things to many people. It remains in our modern world, a prevalent, debilitating disease, sucking the energy and vitality of millions. The National Center for Health Statistics released its 2019 data and that data reveals that 4.7% of adults in the United States have “regular” feelings of Depression. That’s nine million people at any one time who felt frequent depression symptoms.

That was in 2019. Most of us are pretty aware that some tragic event happened between 2019 and the present. Unsurprisingly, COVID-19 and the lockdowns and dislocation which accompanied it made matters worse. A survey from the Census Bureau in the midst of the pandemic found that ONE-THIRD of Americans reported Depression or Anxiety. The US government says Depression is most common disabling impairment in the world, citing studies performed by the National Institute of Mental Health.

Thus, sufferers are not alone, despite the significant societal stigma against admitting or seeking help for mental illness. Medical research suggests that people suffering from Depression have a treatable disease, which will respond to a regimen of medicine and/or Cognitive Behavioral Therapy (aka, talk therapy), so most people’s depression will subside after a period of months.

Some Depression is Resistant to Typical Treatments

But, what if your Depression symptoms don't get better? A paper from the medical journal BMC Psychiatry studied five European countries. Their study showed “Treatment Resistant Depression,” a disorder defined as depression which is treated by two products of different [drug] classes…fail[ing] to induce a clinically meaningful effect,” was present in over a quarter of people suffering from Depression.

If TRD last twelve months or more and keeps you from working, then you meet the definition of disability, according to the Social Security Administration. How to prove that TRD keeps you from working is the important question. Unlike a bad back or a broken leg, TRD will not show up on an MRI or X-ray. And, while Depression is the second leading impairment claimed by Disability applicants, this lack of ability to see inside your head is a problem to determine your ability to function.

To prove to SSA you are disabled, you must be in treatment. Medical evidence from medical professionals is the bedrock of any disability claim. While taking Prozac from your family doctor sounds like treatment, it is not enough to prove Disability. After all, recall from above that one third of Americans have reported recent problems with Depression and Anxiety. Just having a diagnosis will not win a Disability claim. To do that, you have to show a limit in your functioning that would prevent work. How do you do that? Here are several steps:

Most importantly, do not give up, do not think you are alone, and do not wait. Every day a person suffers from Depression without help is a terrible day. At Keller & Keller, our team of Social Security lawyers have the experience needed to help you with your claim for disability benefits. We've been helping people just like you since 1936, and we're standing by to help you too. Contact us today for a free, no-obligation consultation with our Social Security attorneys.