The Dangers of Lane-Splitting While Riding a Motorcycle in Indiana

What is "Lane-Splitting" While Riding a Motorcycle? 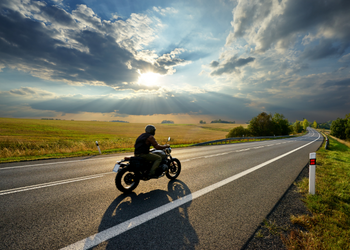 A motorcyclist was killed on I-69 near Fort Wayne, Indiana when he attempted to pass two cars by traveling in the middle of the two lanes. This practice is known as "lane-splitting," "filtering forward," or "white lining." It occurs when a biker attempts to pass between the car and the breakdown lane or shoulder.

In the United States, lane splitting is only legal in the state of California (mostly because of California's clogged streets and traffic issues). In all other 49 states, the maneuver is illegal, or has no specific legislation that speaks to its legality.

There are two schools of thought on lane-splitting. Some think that it actually decreases traffic and makes motorcycle accidents less frequent - the Hurt Report, published in 1981, used data collected in the 1970s to show that white lining and lane splitting reduced the number of rear-end crashes. Also, data from the United States Department of Transportation cites that read-end crashes are 30% lower in California.

However, other data suggests that the move is very dangerous and even often deadly. While lane splitting during stop-and-go traffic may help congestion, lane sharing at higher speeds is a very risky maneuver that increases blind spots and leaves little room for error. According to the Office of Traffic Safety, there were 397 motorcyclist injuries and 9,472 incidents involving unsafe lane changes associated with lane-splitting in 2005 alone.

Indiana has no specific legislation addressing the maneuver; however, it is dangerous and can have fatal consequences.  And while there may not be legislation regarding lane-splitting, if you're in an accident while performing such a maneuver, the likelihood of you being placed at fault will increase exponentially.

Motorcycles already face more safety issues on the road than cars do - if you ride one, be sure to follow all laws and safety precautions to prevent accidents and injuries.

by Randall L. Juergensen [email protected]
Partner at Keller & Keller
4 Comments
I am a bike owner and I just want to learn about the Motorcycle tips, safety, and all about the motorbike and I always digging the Internet for that. And I found some good information in your post I really loved your article. thankyou for sharing such information. ExpeditionBee
by Bruce Robles December 13, 2020 at 07:20 AM
I've been riding motorcycles since I was 17 and I'm 64 now. Its just my opinion but I think that lane splitting of any kind on a motorcycle should constitute wreckless driving anywhere in the US of A by federal law.
by Robert Acton February 16, 2020 at 03:51 PM
• Regarding lane splitting, the statute reads: “A motorcycle is entitled to the full use of a traffic lane and a vehicle may not be driven or operated in a manner that deprives another vehicle of the full use of a traffic lane.”
by jason July 9, 2014 at 06:59 PM
Specifically in the state of Indiana, is filtering forward at a stop light legal, illegal or not mentioned?
by Brian November 7, 2013 at 03:01 PM
Post a Comment