Beware of Semi-Trucks on These Indiana Roads 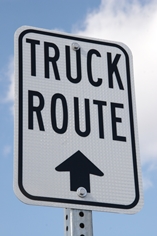 Anyone who lives in the Chicago area or Northwest Indiana knows that the area is one of the busiest places in the country for commercial trucks, semis, 18-wheelers, and big rigs. A 2011 investigation based on federal transportation crash data shows just how dangerous these heavily traveled truck routes can be both for truckers and for those in passenger vehicles.

Below, examine Illinois and Indiana truck crash data in Lake County, Porter County, and other suburbs affected by the area’s truck routes. All data was collected between 2000 and 2008.

According to more recent data, Indiana continues to have some of the highest truck crash fatalities in the nation. In 2013, the most recent year for which statistics are available, there were 115 fatal crashes involving commercial trucks in Indiana. We believe that is 115 too many. If you were the victim of a truck crash, or a loved one was killed in a truck crash, call the law offices of Keller & Keller at 1-800-253-5537 to schedule your free consultation today.