What is considered aggressive driving in New Mexico? 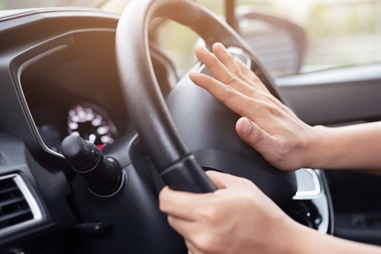 While there is no specific aggressive driving charge in New Mexico, most incidents of road rage would likely be charged as reckless driving. New Mexico’s motor vehicle legal statutes define reckless driving as “driving a vehicle carelessly and heedlessly in willful or wanton disregard of the rights or safety of others and without due caution and circumspection and at a speed or in a manner so as to endanger or be likely to endanger any person or property.” When angry drivers target their aggression towards other drivers, they are engaging in reckless driving. They also cause crashes and endanger lives. If you were injured by an aggressive driver, an Albuquerque car accident lawyer can help you hold them responsible for the losses you have suffered.

Aggressive Driving Is on the Rise

In the wake of the Covid-19 pandemic and other recent divisive political events, people are frustrated, angry, and impatient. Unfortunately, they seem to be taking out their aggression on the roads across the Land of Enchantment. 2021 saw at least five road rage homicides in Albuquerque alone. In March of 2022, a woman was arrested in Albuquerque for pulling a gun on another driver because of his bumper sticker promoting the Covid-10 vaccine. As these kinds of incidents increase, it’s important to understand what you can do if you are a victim of an aggressive driver.

Road Rage Is Not the Only Form of Aggressive Driving

In the end, it doesn’t matter what the other driver did or why they did it. If their actions caused a crash and you were injured, you should call an attorney to help you hold them responsible for your injuries.

If an aggressive driver caused a rear-end, head-on, rollover, or side-swipe crash with your car, you could be seriously injured. Common injuries suffered in high-impact crashes include:

You were the unfortunate victim of an aggressive driver, and your life was forever changed that day. However, an experienced New Mexico car accident attorney can help you begin to recover what you lost by fighting for the compensation you deserve from the at-fault driver and their insurance company.