Did a trucker safety violation cause my crash? 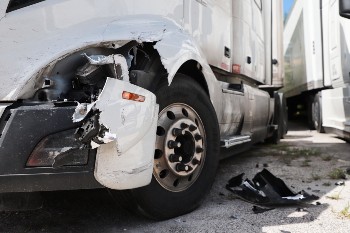 If you were in a collision with a commercial semi-truck in Indiana, this is an important question to answer. Our experienced truck accident investigators will get to the bottom of what caused your crash, and we will hold the trucker and their employer accountable if Federal Motor Carrier Safety Administration (FMCSA) regulations were violated. Here, we take a look at some of the most common safety violations truckers make to help you understand what might have caused your crash.

Truckers may have thousands of hours of driving experience under their belts, but that doesn’t mean they don’t occasionally break traffic laws, just like non-commercial drivers. And even though they should be well aware of the additional FMCSA regulations that apply to them, some truckers choose to ignore them to get to their destination faster or to make more money. When a trucker’s safety violation causes a crash that injures occupants of other cars, they—and often their employer—can be held liable. According to FMCSA, some common ways truckers break the law include:

It is important to note that these FMCSA regulations also include clauses that prohibit a motor carrier from allowing or requiring its drivers to engage in the restricted activity. This means that, in some situations, the trucking company or driver’s employer could be named as a liable party if they allowed or required a driver to break the law.

Commercial truck drivers are required by federal law to inspect their vehicles every day. Motor carriers are also required to conduct inspections and perform regular maintenance. If a tire blowout, brake failure, trailer uncoupling, or other mechanical problem was the proximate cause of the collision, the truck driver, trucking company, and individual mechanics could be held liable for your damages.

Because collisions with tractor-trailers can cause catastrophic injuries and deaths, the damages involved can be very high. It is vital that you work with an experienced Indiana truck accident attorney to determine the life-long value of your claim and make sure you get the full compensation to which you are entitled.