Use Caution at Marion County’s Most Dangerous Intersections

Did you know that the intersection of 38th Street & Guion Road in Indianapolis was the site of 32 traffic accidents in 2015 alone? This shocking 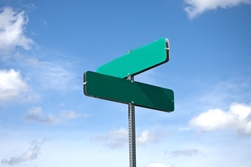 number earned the spot the top slot in this year’s list of Marion County’s most dangerous intersections.

The two worst Indianapolis intersections in 2010, 86th Street and Keystone Avenue and 25th Street and Post Road, are no longer considered highly dangerous.

The Most Dangerous Intersections in Indianapolis

Here are the top six most dangerous Marion County intersections, according to the 2015 Traffic Safety Study:

The Indiana Department of Transportation stated that the study helps their organization pinpoint trouble areas and investigate how certain intersection can be made safer. Not all solutions have to involve costly re-design, either. In some cases, the information is used by Indiana Police who make a point to patrol dangerous areas more often to curb traffic violations.

Our Indianapolis car accident attorneys remind drivers to always approach intersections with caution and to be especially careful at these dangerous road crossings.