Brake Failure and Other Mechanical Defects That Cause Indiana Accidents

Many different factors contribute to the more than two million crashes that occur each year on America’s roads and highways. According to the National Highway Traffic Safety Administration (NHTSA), these crashes involved around four million cars and drivers and nearly two million passengers. While causation data is not collected and analyzed for each crash that occurs, NHTSA conducted a causation study over a two-year period and the information they gathered had been invaluable in understanding why crashes occur and what can be done to prevent them.

Results of the Causation Study

In an overwhelming number of crashes, the critical event leading to the cause was determined to be driver error, such as distracted driving, speeding, or driving while intoxicated. A critical event is the last event in the crash causal chain. In other words, there could be several contributing factors to a 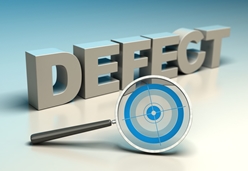 crash, but the final significant event in 94 percent of accidents was determined to be something the driver did or did not do.

The study found the second-leading cause of crashes to be related to a malfunction in a component of the vehicle. Coming in at only two percent, but accounting for over 44,000 crashes a year, failure of mechanical parts does have an impact on driver and passenger safety.

Causes of Crashes Attributed to Vehicles

Because NHTSA’s study looks at the last critical event in the causal chain, it is likely that vehicle malfunction contributes to more than two percent of accidents. However, the study found that it was more often the driver response to a malfunction than the malfunction itself that was the primary cause. For example, if a driver reacts to a tire blowout by swerving into oncoming traffic, the primary cause of the crash would be driver action, not mechanical failure. NHTSA identified defects with the following systems as contributing to a significant number of crashes each year:

Other mechanical failures not identified in the NHTSA study that can be a contributing factor in a crash, include the following:

Keller & Keller Can Help Identify the Cause of an Indiana Crash

If you are assigned fault in an Indiana car crash that you believe was caused by a malfunction with your car, our experienced car accident attorneys may be able to help. Call us at 800-253-5537 today. We have offices in Indianapolis and Granger for your convenience.

Hurt in a car accident that wasn't your fault? We can help!

Find out how much your case is worth