Speeding on Indiana Roads Leads to Injuries and Deaths 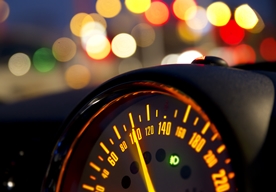 It may sound simple, but when you drive too fast, you are more likely to be involved in a motor vehicle wreck. And yet, as our Indianapolis car accident lawyer emphasizes, many drivers continue to break the law and exceed the speed limit. Understanding the reasons people speed and the dangers speeding creates for motorists may help us all make an effort to slow down to save lives and prevent fatal auto crashes.

You’ve made excuses for speeding yourself, so it may come as no surprise that people often have what they feel are valid reasons for exceeding the speed limit. The National Highway Safety Administration (NHTSA) recently conducted a study of the motivations behind speeding. They found that people’s reasons for speeding fall into to a few main categories. They are the following:

Who Is Most at Risk of a Speeding Related Car Accident in Indiana?

NHTSA reports that 26 percent of the 32,675 traffic fatalities in 2014 were speeding-related. Nearly 10,000 people were killed on our roads because someone exceeded the speed limit. Additional analysis from NHTSA indicates the following:

While young men, motorcyclists, and drunk drivers may be most at risk of being involved in a fatal crash, that does not mean that they are always the victims. Innocent drivers who are respecting the speed limit can suffer at the hands of these reckless drivers. If you are injured in a crash caused by speeding, you may need the help of a personal injury attorney experienced in car accident cases.