Drivers face many risks on the road. National safety campaigns have long warned drivers and their passengers of the dangers of drinking and driving. New laws discourage cell phone use behind the wheel and discourage texting while driving. Many of these safety campaigns, however, fail to address the risks associated with drugged driving.

Driving while under the influence of drugs—whether illegal, prescription, or over-the-counter—does result in accidents, injuries, and deaths every year. Addressing this issue is complex, our Indianapolis car accident lawyer explains, and drivers should take care to understand the unique dangers associated with drugs and driving.

The Wide Range of Dangers Associated With Drugged Driving in Indiana

Typically, alcohol use affects drivers in many of the same ways. The same is often true for the distraction associated with texting. Drug use is complex 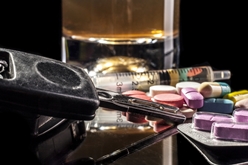 since there are wide ranges of drugs that can have varying effects on different people. It can be hard to predict how a person will respond to a particular drug and what effect that will have on their ability to safely operate a vehicle.

In some cases, the driver may not even realize the impairment before it is too late. Some drugs slow response times, while others promote more aggressive behavior, and both situations can lead to dangerous crashes on the road. Drugs can create dangers by:

Regardless of which of the effects a person experiences, drugged driving is clearly an emerging safety concern on our nation’s roads. In a 2014 survey, more than 10 million drivers admitted to driving under the influence of drugs at least once in the past year. Safety advocacy group Mothers Against Drunk Driving (MADD) states that approximately 4,000 drivers are killed every year with drugs in their system—and that number is only the drivers responsible for the accident.

It does not count their passengers or those in other vehicles that may have been involved in the crash. Additionally, while alcohol-related crashes tend to occur more in the evenings, crashes involving drugs happen at about the same rate at all times of the day. A 2014 roadside survey conducted by the National Highway Traffic Safety Administration (NHTSA) reported about 20 percent of drivers are under the influence of drugs overall, regardless of the time of day.

What Drugs Are Impairing Indiana Drivers?

It is easy to assume that drugged drivers are using illegal drugs when they are involved in accidents. Unfortunately, drugged driving involves a wide range of drugs—illegal drugs, legal prescription drugs, and even over-the-counter medications. A national survey reported by the National Institute on Drug Abuse named marijuana as the drug most used by drugged drivers. Next on that list, however, were prescription drugs, including OxyContin, Vicodin, and Xanax.

In addition, even drugs widely regarded as safe can still cause driving impairments. Many over-the-counter medications and herbal supplements have side effects that can affect driving skills when taken alone or in combination with other drugs. The Food and Drug Administration (FDA) even cautions on its website that these types of drugs may cause a person to experience dizziness, blurred vision, sleepiness, delayed response times, and more.

The Unique Challenges of Preventing and Punishing Drugged Driving

Even armed with the alarming statistics of the prevalence of drugged driving, experts say it is difficult to identify drugged drivers and take steps to remedy the problem because of the way in which drugs typically work in the body.

Different drugs affect people differently, and the body metabolizes drugs at a different rate from person to person. This makes it exceedingly difficult to identify impaired drivers. Often, law enforcement does not even test a driver for drug use, and even when they do, the results are not as concrete as those of a blood alcohol test. Some of the major hurdles to identifying drugged drivers include:

Finally, the laws addressing drugged driving can be complex and can vary from state to state. While some states have recently passed laws to permit the possession and medical use of marijuana, Indiana has not. The state has a zero-tolerance policy regarding marijuana. When it comes to other drugs, the law is not as clear. Laws known as per se laws allow certain drugs within certain limits, but each situation is addressed on a case-by-case basis.