One of the most important things to do following a car accident is dial 911. This is important for two reasons. First, calling 911 will ensure that an ambulance is sent to treat injured parties and transport them to the hospital if necessary. Secondly, calling 911 and having a police officer come to the scene will ensure that the accident is properly documented. The documentation of the accident will become critically important because it is an unbiased report of the incident. The police officers on the scene should talk to all parties involved, assess physical evidence, take photographs, and complete the necessary investigation.

Once you receive your accident report or police report, you may have some questions or concerns. We've put together a list of the most commonly asked questions below:

"How Could the Officer Have Gotten My Report Wrong?" 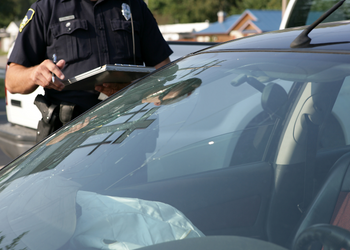 The purpose of a police report is to provide an independent account and recreation of the events that led up to your accident. And though the facts on a police report generally contain a great degree of accuracy, the fact remains that this report is completed by an officer who was likely not present at the time of the crash, so he or she is sometimes forced to rely on eye witness accounts, minimal physical evidence, or the conflicting stories of the drivers involved.

"What if the police report is wrong?”

The purpose of a police report is to provide an independent account and recreation of the events that led up to your accident. And though the facts on a police report generally contain a great degree of accuracy, the fact remains that this report is completed by an officer who was likely not present at the time of the crash, so he or she is sometimes forced to rely on eye witness accounts, minimal physical evidence, or the conflicting stories of the drivers involved. Though a lot of weight is given to the police report when assessing fault, it isn’t the end-all-be-all.

"Is It Possible to Have the Facts of My Police Report Changed?"

Yes. If you read the report and don't agree with it, you are legally within your rights to contact the investigating officer and request an amendment regarding the facts surrounding your report. However, keep in mind that it's solely at the discretion of the officer if he or she chooses to amend your report. However, based on our experience officers rarely change the facts of a report unless you are able to produce an independent witness that was at the scene of the accident, or you or your attorney are able to present some other form of substantial evidence that contradicts the officer's findings.

"Why Didn't the Officer Take My Statement?"

If you sustained severe injuries in your accident, it's possible that the officer was not able to take your statement due to your condition. Officers will sometimes visit you at the hospital to obtain a verbal account of your version of the events, however, this does not always happen.

Again, if you feel that your statement was not included, and it is different from what the police report states, it's wise to contact an attorney so that they can help preserve any possible evidence that may protect your case.

"What Can I Do If the Officer Never Turned in the Report?"

A police officer's work requires them to complete a large amount of paperwork, so sometimes you'll need to simply be patient. Depending on the number of accidents an officer responds to in a given week, it's possible that it may take two weeks or longer until your report becomes available.

If it has been over a month and you still have not received your report, you should contact the responding officer's headquarters to obtain a status. Many times there will be an information coordinator that can give you an update regarding your report and possibly put you in touch with the officer who worked the scene of your accident.

An officer may feel that there is enough physical evidence at the scene to support their interpretation of what happened in your accident, thus they don't include witness statements. Sometimes there are simply no unbiased witnesses present at the scene.

This is why it's always an excellent idea to obtain the names and numbers of any witnesses to your accident. Remember, independent witnesses can be the difference between having a case, and having no claim whatsoever.

"How Will I Know if the Officer Took Photos?"

Officers are not required to take photos of your accident scene. Usually, photos are only taken if the accident is severe, or the circumstances surrounding the accident are considered unusual.

If photos were taken, the officer will note this on the police report. Usually, this notation will be found in the narrative, or in another area that contains a small "check box" next to a photo caption.

We highly recommend that you take your own photos of the scene and of all vehicles involved.

"The Police Report Says the Other Driver Had No Insurance. Is There Anything I Can Do?"

If the officer marks "unknown" or "none" in the box for the other party's insurance information, you should immediately contact an attorney. It's possible that the other driver or owner of the vehicle does have insurance, but you'll likely need professional assistance in locating this information.

"A Passenger in My Car (or in the Other Driver's Car) Was Not Listed. Why?"

An officer's first duty at the scene of an accident is to secure the crash site and administer aid to any injured parties. Sometimes the occupants of the car have already gotten out and are intermixed with bystanders, or maybe they have not properly identified themselves at the scene.

Remember, the police report is often the first piece of evidence Keller & Keller will attempt to obtain on your behalf, but it will not always serve as the last word.