Who Is Liable in a Crash Caused by an Autonomous Vehicle?

There is a common misconception among proponents of self-driving cars that they completely eliminate the risk of a crash. As we’ve already seen in the news, our New Mexico injury lawyer adds, autonomous vehicles can be in crashes and, even though there are still very few on the road, have already been involved in collisions.

We take a look at some of the safety problems autonomous and semi-autonomous vehicles might have and explain how an Albuquerque accident attorney can help if you are injured by your own or another self-driving vehicle.

What Is an Autonomous Vehicle?

Not too long ago, the idea of a self-driving car sounded crazy. However, the technology has progressed so quickly that completely autonomous cars are already a reality—if not in every driveway yet. Autonomous vehicle technology has been commonplace in vehicles since around 2010 when driver-assist features such as rearview cameras, 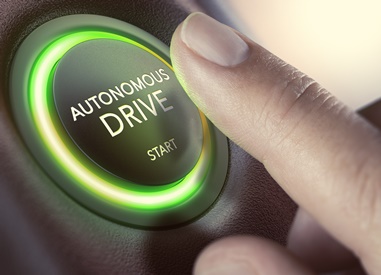 Starting with the 2016 model year, many cars offered partially automated safety features such as lane-keeping assistance, adaptive cruise control, and fully automated parallel parking abilities. These features allow a driver to take their hands completely off the wheel as the car controls itself.

According to the National Highway Traffic Safety Administration (NHTSA), a fully automated vehicle is capable of performing all driving functions under all conditions. In other words, a self-driving car can sense its environment and surroundings to move safely with little or no human input.

Human drivers are not perfect by any stretch of the imagination, but alert drivers are capable of quickly assessing their surroundings and taking evasive action when something is not right.

Autonomous vehicle systems, however, could be thrown by the slightest curveball, such as rain showers or poorly marked pavement. Areas where autonomous cars are likely to fail include:

When a crash involving a self-driving car occurs, determining exactly what caused the crash will be key in deciding who is liable.

Who Is Liable When an Autonomous Car Crashes?

This is a relatively untested area of personal injury law, and it is sure to raise multiple legal issues, but it’s likely that there could be several liable parties when an autonomous car is at fault for injuring another party. These include:

The good news is, as an injured victim of a car crash, you do not have to identify the liable party on your own. A personal injury legal team will do that for you.

Keller & Keller Is on the Cutting Edge of Car Accident Law

While we don’t see fully autonomous vehicles causing a lot of problems anytime soon, driver-assist technology is already in most new vehicles and could play a part in an accident. Is the driver blaming a system malfunction for a crash? Did a prototype vehicle crash into a pedestrian or another vehicle? These are cases we fully expect to see right now. If you were involved in a crash with any kind of vehicle that left you seriously injured, contact an experienced auto accident attorney at Keller & Keller in Albuquerque. We are prepared for any type of case!