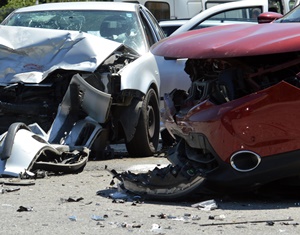 There are almost as many ways to crash a car as there are drivers, but most collisions fall into one of just a few categories. Given standard traffic patterns and universal driving mistakes, it’s not surprising that police and emergency responders tend to see the same kinds of crashes and injuries over and over. Why is it, then, that we can’t seem to avoid them? Learn more about what causes common types of collisions from our Indianapolis car accident lawyer and how you may be able to avoid becoming a victim of one.

Most Common Types of Car Accidents in Indiana

If you’ve ever been in a car accident, you know how frightening it can be. For both the victim and the at-fault driver, the impact often comes as a complete shock. After all, if you knew it was coming, you would have avoided it—right? The following kinds of crashes are typical of what happens on Indiana roads every day:

To avoid becoming the victim in these kinds of crashes, it is important that you are alert, awake, sober, and undistracted at all times. If you notice an erratic or reckless driver near you, avoid him at all costs. The following defensive-driving tips may be helpful: