Dangers of Texting and Driving in Indiana

Many drivers who would never dream of drinking and driving regularly pull out their mobile phones when behind the wheel. Several studies over the years have found that people using a cell phone—even a hands-free device—were just as likely to perform poorly in a driving test as drunk drivers. In some cases, our Indianapolis auto accident lawyer explains, cell phone users performed worse than drunk drivers.

What Researchers Have Found About Distracted Driving 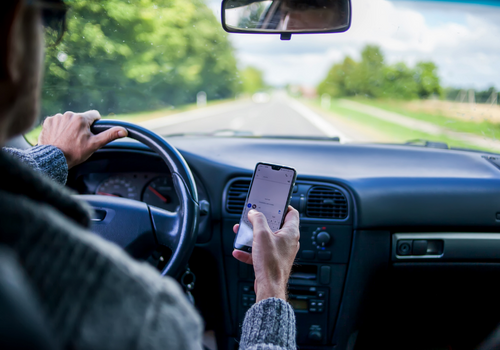 The benchmark study came from the University of Utah in 2006. Researchers found that using a cell phone while driving has an effect on one's driving abilities comparable to driving under the influence of alcohol. Evaluating the performance of 40 test subjects in a "PatrolSim," researchers determined that motorists who use a mobile phone while driving are as dangerous as drunken drivers.

By contrast, drivers with alcohol in their systems drove even slower than those who were distracted, but followed more closely, were more likely to hit the brakes within four seconds of impact, and depressed the brake pedal 23 percent harder.

In short, those who believe they can safely operate a vehicle while talking on the phone are wrong. These drivers are 5.36 times more likely to crash than undistracted drivers.

The results of this study have been replicated several times since 2006, most notably by Touro University in 2013, which found that hands-free cell phone users actually performed worse than drunk drivers on a driving simulator.

Texting and Driving in Indiana

Clearly, those who talk on the phone or are distracted in other ways while driving not only endanger themselves, but their passengers, fellow drivers, pedestrians, and others. Their actions could cause traumatic injury and even death for innocent bystanders who happen to be in their path.

In Indiana, it is illegal to text while driving, and drivers are also prohibited from using a hand-held electronic device while driving in a school crossing zone or in a highway construction zone. These laws are in place to help reduce the risk of accidents caused by distracted driving.

Drivers who use cell phones while driving are more likely to be involved in accidents because they are not fully focused on the road. They may be slower to react to changing traffic conditions, fail to notice pedestrians or other vehicles or make other mistakes that can lead to accidents.

It is important to be aware of the risks of using a cell phone while driving and to take steps to reduce distractions while behind the wheel. This may include setting limits on phone use while driving, using a hands-free device, or pulling over to a safe location to make a call or send a text. By taking these precautions, you can help ensure that you and those around you stay safe on the roads.