Drivers take risks and make mistakes that cause devastating crashes on Indiana roads on a daily basis. Sending a text, having one drink too many at dinner, running late for an appointment and speeding, and simply allowing a daydream to distract from road signs and signals are all actions that could lead to a crash that changes someone’s life in an instant. 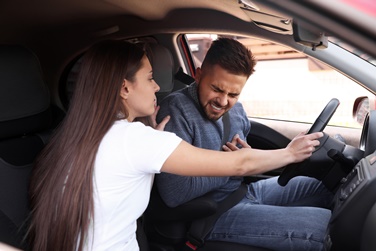 In these cases, the driver would be at fault and would be held responsible for the harm they caused.

But what about when the cause of the crash is out of the driver’s control? What if the driver has a heart attack or dizzy spell and loses control of the car? Who pays for the damages then? We take a look at liability in car crashes caused by medical emergencies here to help you understand what our Indianapolis car accident attorney could do for you if you are injured or a loved one is killed in a similar incident.

Health Conditions That Pose a Risk for Drivers

Americans live with a range of chronic medical conditions that could cause debilitating symptoms at the wrong time and end in disaster. In addition, a sudden, unexpected medical crisis could happen while someone is driving, causing them to crash. Potential medical problems include:

Clearly, some of these potential incidents are out of the driver’s control, but that does not mean that they are not at fault if an accident happens after a medical event. If you are in another car or are a pedestrian and are hit by an unconscious, panicked, confused, or dizzy driver in the middle of a medical emergency, you can seek compensation for your losses from that driver’s insurance company, even if the driver passes away. While you might feel sympathy for the other driver, there is no need to feel bad about filing a claim because that’s what liability insurance is for.

What If You Are the One Behind the Wheel?

If the tables are turned, and you are the one who suffers a sudden medical emergency while driving, your own insurance company should cover you, but you might want to work with an accident attorney if they try to claim that you had a pre-existing condition that caused your accident.