Does Your Indianapolis Semi-Truck Accident Lawyer Know About the "Comic Book"?

Semi-truck driver fatigue is a problem—a very big and dangerous problem. No one will argue that truckers don't have a tough job: long hours, sleep deprivation, fatigue, pressure to deliver loads on time or early, delivering more loads than ever before, etc. However, the bi-product of these demands 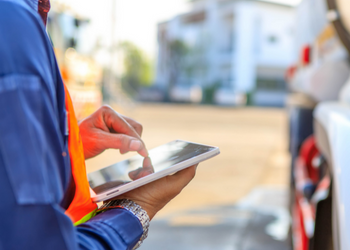 often leads to serious injury or death. Research has shown that every hour a trucker spends behind the wheel increases the chances that they will cause a serious semi-truck accident.

Indianapolis serves as a hub and a passageway for thousands of semis using I-465, I-74, and I-65 as transportation routes to cities like Chicago and St. Louis. And while Indiana may be considered the Crossroads of America, we're also a breeding ground for accidents involving semi-trucks. It's a fact that we—as semi-truck accident lawyers—can easily verify.

Is Anything Being Done to Stop Tired Truckers From Driving?

Yes. On July 1, 2013, revised Hours-of-Service Regulations took effect, stating that interstate commercial truck drivers won't be allowed to drive more than 11 hours or be on duty for more than 14 hours after a 10-hour break. Further, semi-drivers cannot drive after accruing 60 work hours during a 7-day period or 70 work hours during an 8-day period. The driver may restart the 7- or 8-day period after taking 34 or more hours off.

The problem: studies show that these regulations are commonly violated. The regulations currently allow truckers to record their hours in a written logbook, which semi-truck drivers refer to as "comic books" because of how easily and commonly they are falsified.