It's obvious when compared to cars and trucks, motorcycles are less stable and much less visible than other motor vehicles. The motorcyclist's vulnerability is immense, and the potential for a deadly motorcycle accident is always present, even for the most responsible of motorcyclists. 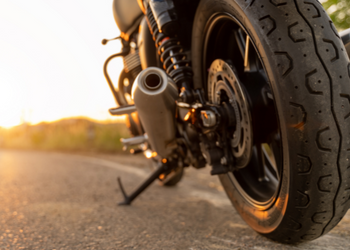 When a motorcycle accident does occur, the rider's rate of injury, or death per accident, is astronomical when compared to that of a driver or passenger in a car or truck. In fact, the risk for injury and death is so much greater, that the U.S. government has placed the odds at 37 to 1 for a motorcyclist to be involved in a fatal crash when compared side-by-side to an automobile for every mile that each travels.

Motorcyclists will attest to the enjoyment of riding on a motorcycle, but their happiness comes at significant risk.  Learning to ride a motorcycle properly requires expert training and experienced instructors at your side.  And even then, a motorcyclist cannot account for a distracted driver, being rear-ended, or hit from the side as a car changes lanes without seeing them. Motorcyclists can only hope that their risks will reduce as much as possible by practicing safer driving habits and utilizing proper accident prevention methods.