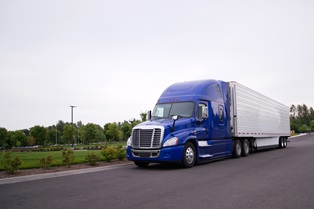 If you are like most drivers, you probably feel a bit nervous when a semi-truck comes up behind you on the highway—or when you are passed by one going well above the speed limit on a downhill. You are right to be nervous. According to the National Highway Traffic Safety Administration (NHTSA), over 4,000 people were killed and 116,000 were injured in semi-truck crashes across the U.S. in 2015. Eighty-four percent of those injured and killed were either occupants of other vehicles or pedestrians. We take a look at the kinds of accidents these big rigs are involved in so that you can take action to avoid them.

When Semis Crash, They Crash Hard

In 2015, 433,000 police-reported crashes involving semi-trucks occurred. Whether the crash was caused by the truck driver or by the driver of another vehicle, it is the 80,000-pound truck that does the most damage. Semi-trucks typically crash in one of the following ways:

All of these crashes can be caused by truck driver error. Whether the trucker is speeding or distracted or failed to inspect his vehicle and his load before starting his trip, he should be held accountable for the crash.

Call Keller & Keller If You Are Taking on a Trucker

Truck crashes are complicated and often involve corporate lawyers and large amounts of money. Don’t take on a trucker alone. Call the truck accident attorneys at Keller & Keller in Indiana. We will help you every step of the way.