What should I know about Indiana’s Dram Shop and Social Host Laws? 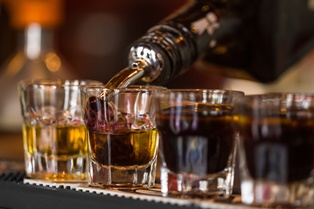 Despite strict laws, severe punishments, and extensive ad campaigns, drunk driving continues to be a problem in Indiana, causing crashes that injure and kill innocent people. While the driver should be held responsible and should be made to pay for the damage he has caused, he may not be the only liable party. What about the bar or restaurant that continued to serve someone who was clearly intoxicated? Or the private party host who provided alcohol and allowed guests to leave drunk? Under Indiana law, these parties may also be held accountable for damages caused by the drunk driver.

What Is a Dram Shop Law?

Dating back to the 1700’s, the term “dram shop” refers to an establishment that serves alcohol. Originally, alcohol was served by the dram in bars and taverns. Despite the old-fashioned name, dram shop laws go a long way towards compensating victims of drunk driving crashes and their family members. Not every state has such statutes, but in Indiana, the law extends to anyone who furnishes alcohol to an individual. This could be a bar or restaurant, or it could be a private citizen hosting a party in their home, known legally as a “social host.” However, these parties are only considered liable if both of the following occur:

These provisions become key sticking points in any legal action. A bartender or restaurant server could claim that they did not know the person they were serving was intoxicated. When pursuing compensation under the dram shop law, an Indiana personal injury lawyer would have to provide evidence that it was obvious that the person was drunk when he or she was being served. Also, it would have to be proven that the driver’s intoxication was the direct cause of the plaintiff’s injuries.

Why Pursue Liability Under the Dram Shop Law

When a person is seriously injured in an Indianapolis car accident, he or she is entitled to damages from the at-fault party’s insurance company. However, the victim will only be compensated to the limits of the policy. If the driver only carries the minimum coverage required by Indiana law, there would only be a total of $25,000 available for compensation. When the at-fault driver is drunk, it is possible that a judge will award punitive damages—an amount in excess of insurance coverage intended to punish the driver for his willful actions. However, if the drunk driver has limited assets, he will not be able to pay the punitive damages to the victim.

Injuries resulting from a drunk driving collision can be severe. Head trauma, spinal cord damage, and multiple fractures can require hundreds of thousands of dollars worth of medical treatment and months of lost wages. Pursuing the furnisher of alcohol is a way to increase a victim’s settlement so that he or she has a chance at a full physical and financial recovery. A bar or restaurant will have liability insurance for this purpose and most homeowners insurance policies include $100,000 of liability coverage, so these can be good sources of compensation. When someone knowingly serves alcohol to an intoxicated person and does not take action to prevent that person from driving drunk, he or she should be held accountable.

Claim a Free Consultation with Our Indiana Personal Injury Lawyer