What do I do if a Permian Basin truck driver caused my accident? 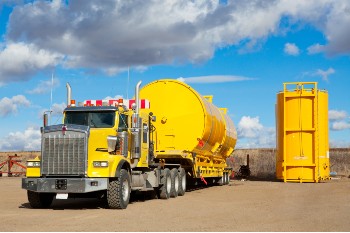 It is very difficult to act with a clear head after a vehicle accident—particularly after a catastrophic crash involving a commercial truck. Obviously, if you are seriously injured, or a loved one is killed, you should not worry about anything at the scene of the crash other than getting help. However, once your medical issues have been addressed, it’s important to take action to hold the liable parties responsible for your damages.

The increase in oil drilling in the Permian Basin region along Route 285 in New Mexico means that crashes with oilfield trucks are more likely than ever. If you were injured in an accident involving an oilfield vehicle, the most important step you can take is to contact a lawyer who is willing to take on challenging Permian Basin cases.

What to Do After an Oilfield Truck Crash

As soon as possible after the crash, it’s important that you take a few steps to protect your potential claim for damages. We recommend doing the following:

If you are too injured to take these steps, do not worry. Your health is the priority—everything else can be dealt with later.

A crash with a hazmat tanker, sand or water hauler, drilling equipment transporter, or semi-truck on Route 285 could result in devastating injuries or death to occupants of passenger cars. When the oilfield vehicle is at fault for the crash, the driver is not the only party that could be held responsible for compensating you. Our team will investigate the incident to determine which of the following parties could be liable:

You do not need to worry about who might be liable for your crash. You can leave that up to us!

Why You Need Our Team by Your Side

Crashes involving a Permian Basin truck are complicated. Multiple liable parties, multi-billion-dollar corporations, and teams of corporate lawyers can make these cases very difficult to fight. Tragically, many of these crashes are fatal, meaning family members might have cause to file a wrongful death claim. In non-fatal crashes, injuries are often catastrophic, which also complicates a claim. We cannot stress enough how important it is that you have an experienced personal injury and wrongful death attorney on your side as soon as possible after the crash.