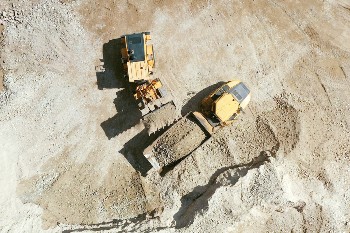 Drilling and fracking a single oil well can involve almost 1,000 trucks hauling equipment, sand, and water. For motorists in the Permian Basin region of New Mexico—namely Eddy and Lea Counties—that translates to a lot more dangerous truck traffic along Route 285. As oil production ramps up on the New Mexico side of the basin, we can expect to see more accidents, injuries, and fatalities caused by overworked and undertrained sand-hauler and dump truck drivers.

If you are injured, or a loved one is killed in a crash involving a Permian Basin truck, contact the truck accident attorney at Keller & Keller in Albuquerque. We will take on the driver, their employer, and Big Oil if necessary to get you the compensation you deserve for your losses.

Why Sand-Hauling Dump Trucks Are So Dangerous

The Permian Basin shale patch is one of the most productive sources of oil and natural gas in the United States.

Because the oil and gas are trapped under compressed layers of shale, fracking—rather than conventional drilling—must be used to extract them, our New Mexico injury lawyer adds. Fracking works by pumping a mixture of water, sand, and chemicals into the rock layer at very high pressure, cracking the shale and allowing the fossil fuels to be extracted.

The sand and water used in the operation must be trucked to the site. Because operations are ramping up in the Permian Basin, there is a huge demand for truck drivers who can haul sand. This has led to an increase in accidents in the area caused by:

If you live in Carlsbad, Hobbs, or Las Cruces, or you travel on Route 285 through this area for work or to visit family in Texas, you face the dangers of sand-haulers on a regular basis. If an overtired, speeding, inexperienced, or distracted sand or dump truck driver causes a crash and you are injured, you will need an experienced New Mexico truck crash lawyer on your side as soon as possible.

4 Factors That Make Your Case Stronger