Understanding Who Is Liable After a Rideshare Crash Leaves You Injured

Believe it or not, the rideshare service that turned public transportation on its ear has been around for over a decade. Launching in San Francisco in 2009, Uber expanded across the country and around the world in just a few years. Now the company’s name is used as a verb and has become a synonym for getting from one place to another. Other transportation 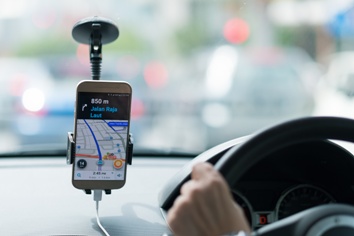 network companies (TNCs), such as Lyft and Via, have also gained a foothold in various U.S. cities.

But as the popularity of these services has grown, so have questions about liability when a driver causes an accident, and a passenger is injured. Insurance and liability are such a big issue with these companies because their drivers are not considered to be employees in most states. As independent contractors, they must carry their own insurance and are only covered by the company’s insurance in specific situations. Our Indiana car accident attorney takes a look at the maze you will have to navigate if you are injured by an Uber or Lyft driver in Indiana.

How Rideshare Drivers Get Their Jobs

The last several years have seen an explosion in what many people call the gig economy. This term refers to people who piece together multiple freelance jobs in order to make a living. Rideshare services are a big part of this economy, as are delivery, dog walking, babysitting, and grocery shopping services. These jobs generally require no experience, no interview, and no training.

In order to become a driver for Uber, a person just has to have a four-door car and meet these minimum requirements:

Once a driver is registered on the app, they can begin picking up passengers. Other companies have similar requirements. If the lack of driver training, experience, and vehicle safety inspections make you think twice about taking an Uber, you are not alone.

What Happens When There Is a Crash?

A careless or reckless Uber driver is just like any other driver. If they cause an accident and someone is injured, they are liable for compensating the victim for their losses. But unlike a regular driver, a rideshare driver has a multi-million dollar company behind them. So shouldn’t you be entitled to more damages than you would get from a non-commercial driver? It depends. Most rideshare companies, including Uber and Lyft, cover their drivers according to the following guidelines:

Regardless of whether you were injured while the driver was on duty or not, you will need an Indianapolis car accident lawyer on your side to prove negligence and get you the compensation to which you are entitled.

How Keller & Keller Will Support You After an Uber Crash

If you were injured in a crash with an Uber or Lyft driver, it is imperative that you contact our office in Indianapolis as soon as possible. We will investigate the cause of the accident and determine whether the rideshare company is liable for your damages. First, we will determine if the Uber driver was at fault for the accident. Possible negligent actions include:

If we can prove that the driver was negligent, we will then determine their status at the time of the crash, so we know whether the rideshare company is liable or not. This could require us to obtain records, witness testimony, and other key pieces of evidence. There is a big difference between the driver’s private insurance policy and Uber’s $1 million policy, and you can be sure we will fight to get you what you deserve.