Fortunately, collisions on railroad tracks are relatively rare in New Mexico, but they do happen. In 2021, for example, there were 75 railroad-crossing crashes in the state. That might seem like nothing compared to the 850 that happened in Texas and the over 7,000 that occurred across the country, but to the people involved in those 75 crashes, it is a very big deal. When fault for these crashes lies with the railroad and not the driver of the car that was hit, it is vital that the injured parties—or family members of someone who died in a crash—contact a New Mexico car accident attorney as soon as possible. We can help investigate the crash and hold the negligent party or parties responsible for compensating you for your losses. 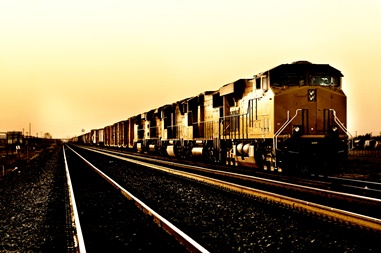 There are at least a dozen different railroad companies that operate in New Mexico, including freight carriers such as the New Mexico Central Railroad, the Union Pacific Railroad, and the BNSF Railway, and passenger carriers like Amtrak and the Cumbres and Toltec Scenic Railroad. At any point where train tracks cross a road, there is the potential for a disastrous crash. Sometimes, those crashes are caused by a reckless driver ignoring a crossing gate, but other times, it is the fault of the railroad. Given the supply chain issues faced by the entire country these days, mistakes among commercial transportation companies are on the rise. Examples of railroad negligence include

Like crashes with commercial semi-trucks, train crashes can be difficult to investigate, and railroad companies can be very difficult to fight because they have teams of lawyers defending them. However, when a railroad crash victim has their own legal team fighting for them, their chances of a successful resolution are greatly increased. Your injuries could be catastrophic, and the amount of compensation you will need to recover as much as is medically possible will be significant. Our team has the resources to assess the current and projected cost of your recovery and to make sure you get what you need and deserve.

Damages Available in a Crash With a Train

If the railroad or other entity is found to be at fault in your crash, you could be awarded damages such as the following:

Our experienced team will determine the maximum value of your claim and fight to get it for you.

Our New Mexico offices are conveniently located in Albuquerque , and we have been proudly servicing clients throughout the surrounding areas. Contact us online today or call us at 505-938-2300.