Despite Federal Law, Truckers Are Still Distracted Behind the Wheel

There's likely not a driver on the road—of any age—who is not guilty of occasionally taking his or her attention away from driving to attend to some other task. Whether it involves using a cell phone, adjusting the heat, or eating lunch, shifting focus to anything else while driving is considered distracted driving. Of particular danger to motorists and pedestrians are distracted driving behaviors by truck drivers. Commercial truck drivers, as explained by our Indianapolis truck accident attorney, are expected to do several things other than driving while completing their routes, which increases the likelihood that they'll be distracted behind the wheel. 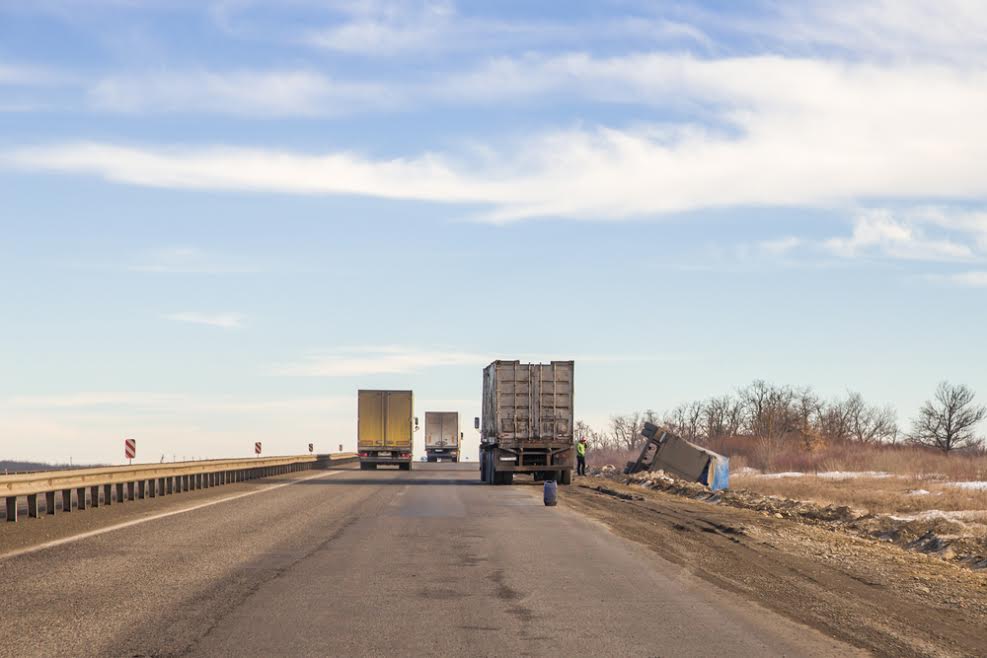 Most of us are familiar with the dangers of texting and driving, yet it remains the number one distraction for drivers, including truck drivers.

According to the government website Distraction.gov, the following are more typical distracted driving behaviors:

As long-distance drivers, truckers are often guilty of engaging in these behaviors when they shouldn’t be. In fact, texting and driving among truckers is such a problem that the Federal Motor Carrier Safety Administration (FMCSA) banned the practice.

The Federal Law Against Trucker Texting and Driving

Simply put, operators of commercial motor vehicles (CMV) are prohibited from texting and driving. Doing so can result in a fine of up to $2,750 and driver disqualification. So, what does FMCSA consider to be texting and driving? The law specifically prohibits “manually entering alphanumeric text into, or reading text from, an electronic device.”

In other words, truckers may not do the following while driving:

FMCSA based this ban on recent research indicating the odds of being involved in a safety-critical event such as a crash are 23.2 times greater for CMV drivers who text while driving. The research indicates that people take their eyes off the road for an average of 4.6 seconds while texting. At 55 mph, this equates to a driver traveling about 360 feet without looking at the road. Large trucks often have vehicle loads that require longer distances for braking, which intensifies the potential for a dangerous crash if a distracted trucker reacts too late to avoid an obstacle.

Other Dangerous Behaviors in Indianapolis

The study that identified texting and driving as the greatest risk to safety also ranked other truck-driver actions that increased the likelihood of a crash or other safety-critical event.

These actions, in order of risk, include the following:

As truckers are required to communicate with dispatchers and by federal law to track their hours of service, most of these tasks are related to the driver’s job. Unfortunately, in an effort to save time, truckers choose to perform these administrative tasks while driving, which may lead to dangerous accidents.

Why Distracted Truck Driving Is So Dangerous

At 80,000 pounds fully loaded, a semi-truck swerving into the path of a 3,000-pound Prius is going to do some damage. Because of their size, big rigs require a much greater stopping distance. In fact, at a speed of 55 miles per hour, a truck will need 100 yards to stop—twice the distance of a passenger car. If a truck driver glances at something in his cab for even a brief five seconds and then looks up to see a car right in front of him, he will not be able to stop. Maneuvering a tractor-trailer is also extremely difficult, so avoiding a hazard by swerving will likely result in a jackknifed or overturned rig—potentially leading to a multi-car pile-up.