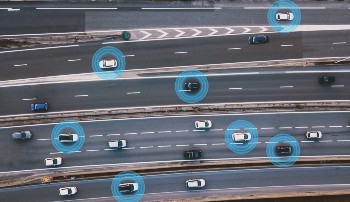 There is no doubt that moving away from fossil-fuel-guzzling vehicles will help the planet by reducing carbon emissions. However, as automakers produce the kinds of electric vehicles (EV) consumers seem to want, including pickup trucks and SUVs, they might endanger lives as they save the planet. When the electric and hybrid vehicles on the roads were primarily smaller cars like the Toyota Prius, the occupants of these tiny tin cans were at the most risk of being crushed by bigger internal combustion vehicles. Now, it seems that the bigger, heavier EVs starting to roll off assembly lines could contribute to a rise in traffic fatalities. We take a look at the dangers and who could be held liable if you are injured in a crash with an EV in New Mexico.

While small electric and hybrid cars have been a fairly common sight on New Mexico’s roads for almost a decade, their numbers—and vehicle size—are on the rise. This is due in part to government tax credits to EV buyers and because auto manufacturers are now offering their most popular vehicles as EVs. Some risks to other drivers and pedestrians associated with these vehicles include:

As the number of EVs on the roads increases, these concerns will become more significant. However, the biggest threat of the new EVs is their size and weight.

The New EVs Are Bigger and Heavier

New Mexicans love their pickups and SUVs, and now that automakers are offering all-electric versions of these vehicles, we are sure to see more of them on our roads. There has always been a concern about the size difference between trucks and SUVs and other cars on the road, but with EVs, that difference will be even greater. According to Consumer Reports, the electric versions of most vehicles are as much as 25 percent heavier than the gas models. GM’s Hummer EV, for example, weighs over 9,000 pounds, making it about the weight of two Silverado pickups. Imagine that in a pile-up on I-25! The increased weight of these EVs means that even traditional trucks and SUVs will be outmatched in a collision. If you drive a compact car, you would not stand a chance in a crash with a heavy, battery-powered truck.

Who Is Liable in a Crash With an EV?

If you were seriously injured in a crash with a Ford F-150 Lightning, Rivian pickup, or Chevy Silverado EV in Albuquerque, the same liability rules apply as with any other vehicle. If the driver of the EV caused the crash, they should be held responsible for your losses. If there was a battery or autonomous feature malfunction, it might be possible to hold the manufacturer responsible. The sooner you talk to a car accident attorney, the sooner you can get started on your claim.