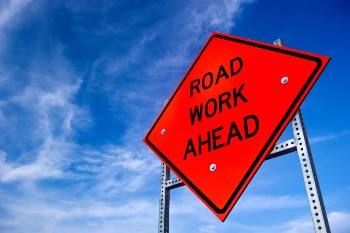 Road construction in New Mexico feels like an endless cycle of orange barrels and traffic backups. But these work zones are more than just a nuisance—they are also dangerous areas where over 550 drivers and passengers are killed every year across the country. While a great deal of attention is given to the safety of workers in road construction zones, occupants of vehicles passing through work zones are killed and injured far more often. If you were seriously hurt or a loved one was killed in a New Mexico road work zone, you will need experienced representation to get you the compensation you deserve.

Construction zones are dangerous because they filter a large number of cars and semi-trucks through a small area. Often, four highway lanes are reduced to a single lane. Not only must drivers be alert to the upcoming changes, but they must also maneuver through tight spaces that are designed to protect the workers in other lanes, not drivers passing through. A number of factors can cause a crash in a construction zone, including:

It is all too easy to assume that you take construction zones at your own risk and that if you are injured in a crash, there is nothing you can do about it. However, a work zone is no different from any other patch of highway. If another party’s negligence led to your accident and injuries—or a loved one’s death—you can hold them accountable with the help of a New Mexico car accident attorney.

What You Need to Support a Construction Zone Accident Claim

Although speed limits are lower in a highway work zone, that doesn’t mean you can’t sustain serious injuries in a crash. If you were seriously injured in a construction zone through no fault of your own, you will need evidence of the other party’s negligence. Traffic camera footage, police dashcam video, witness statements, truck driver electronic log books, cell phone records, and more can be obtained by a skilled attorney. Contact Keller & Keller in Albuquerque as soon as you can following a work zone crash in New Mexico.