There is no doubt that commercial truckers rule the road in Indiana. The large number of massive semi-trucks out there means that they are in charge when meeting up with commuters and travelers in passenger vehicles. It turns out that when a collision occurs, they are also in charge of vital evidence that could prove their negligence and support your 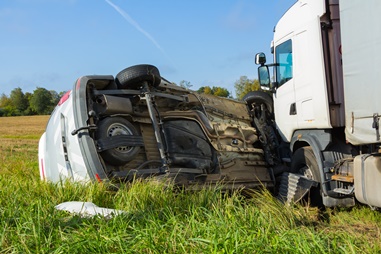 claim for compensation. That is one of the many reasons it’s so important that you work with an experienced Indianapolis truck accident attorney when you have been seriously injured in a truck crash. We explain what evidence you will need to prove your case against a trucking company and how our team of Indiana truck crash lawyers plays a vital role in securing a successful outcome.

Because trucking companies are required by federal law to keep certain records, they hold a lot of potential evidence when something an Indiana truck accident occurs. While surveillance camera footage, eyewitness testimony, police reports, and car dashcam video might be readily available, it will take some legal wrangling to get ahold of the evidence the trucking company has.

So, how do you go about securing all of this valuable evidence? You don’t. Your injury lawyer does!

This Letter Is Key to a Successful Indiana Truck Accident Claim

A letter of spoliation is a document that a lawyer can send to all parties involved in a commercial truck accident. It informs them of the potential for a civil claim and reminds them of their duty not to destroy evidence related to the crash. The letter does not have to be very detailed to serve the purpose, but it needs to get the point across that your client expects to have access to all relevant evidence. It is important that this letter is sent as soon as possible after the crash. That is why your first call after an Indiana truck accident should be to Keller & Keller.