What is The Big Conn? 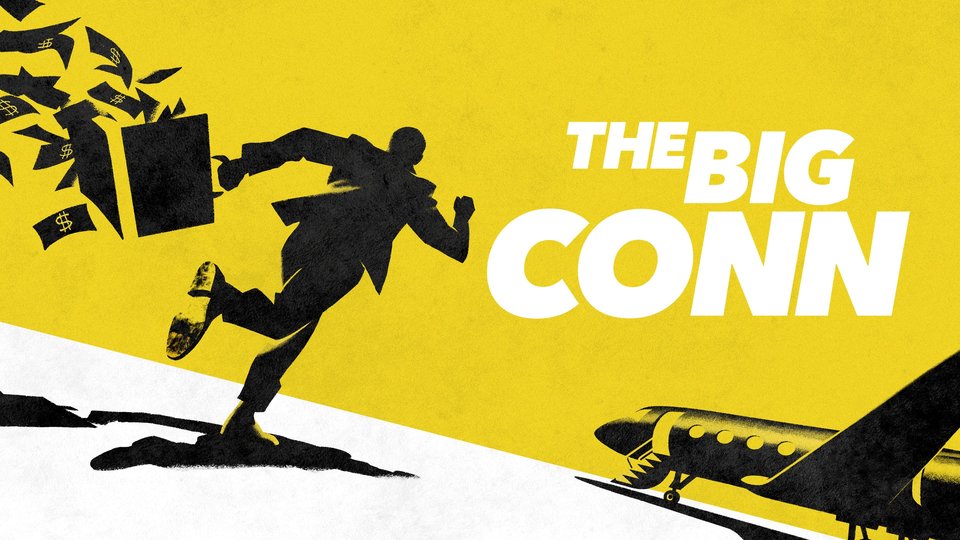 Apple TV+ released the four-part docuseries The Big Conn on May 5th. It largely delivers on its attempt to tell the story of a conspiracy to defraud the government committed by attorney Eric Conn, a couple of disreputable doctors, and an administrative law judge working for the Social Security Administration’s Office of Disability Adjudication and Review (ODAR, now the Office of Hearings Operations or OHO). But whether intentional or not, it also signals a decidedly political message: the Social Security Administration, as framed within this series, is heartless and bloatedly unaccountable while dealing with a sizable population of potential fraudsters.

Yes, some of the proponents advocating these views in the documentary series also emphasize that it was unfair how many legitimately disabled people were hurt by the Administration’s reaction to the unveiling of the fraud. But it’s hard to take the concern of, say, Wall Street Journal reporter Damian Paletta seriously when the first episode makes clear that he launched his investigation looking for evidence that Social Security was a bloated agency. To quote him directly:

And there was a huge debate in Washington about federal spending. So I took it upon myself to find out, you know, with a four-trillion-dollar federal budget, where’s all this money going? And so I wanted to look at Social Security because it’s one of the biggest programs and everyone knows about, you know, the retirement funds that go out, but this disability program was like a hundred and thirty billion dollars a year. It was one of the biggest budget lines in the whole U.S. federal budget and not many people talked about it or knew about it.

It’s important to weed out cases of fraud. The government has a fiduciary responsibility to taxpayers to do so. And I think most people feel moral outrage (rightly so) at the idea of someone ripping off the government. But how did Paletta first find the super-favorable judge who would be the lynchpin behind the conspiracy? By looking through disposition data for administrative law judges, noting that most approved 50% to 60% of all cases before them. It’s also not hard to find judges with hundreds of dispositions who have approved (either fully or partially) around a quarter or even less of all the disability cases before them. Likewise, you could easily find judges approving much higher than 60% of cases. What does it mean to have such fluctuation within the program? Does that mean high-approval judges are approving undeserving cases, or that low-approval judges are depriving many deserving people of benefits who remain unable to work because of disability? Are all of the Administration’s rules fair, and are they all applied consistently?

It’s also at least somewhat misleading to start with the policy position that SSA is running on an outsized budget. It’s true that payments for Social Security and Medicare, taken in aggregate, are huge. But according to the Congressional Budget Office, in the fiscal year 2020, $945 billion was paid out to Social Security Old-Age and Survivors Insurance recipients, $917 billion to Medicare recipients, and $144 billion to Social Security Disability Insurance recipients. In other words, Disability Insurance recipients are only receiving a relatively small fraction of the total funds set aside for mandatory Social Security and Medicare payments. Social Security taxes are deposited into trust accounts from which benefits are then paid out of. And it’s more complicated than simply worrying whether the trust fund will go broke. The actuarial status of the trust funds in 2021 indicated that Old Age and Survivors Insurance trust funds alone would be depleted by 2033 if nothing changes, while Disability Insurance funds alone would not be depleted until 2057. And as the Center on Budget and Policy Priorities (CBPP) notes, trust fund depletion does not eliminate payments—in the event that nothing is done to address the deficit, depletion would only cause a reduction in ongoing benefits moving forward to stay within annual tax income for the programs. The CBPP also notes that fewer than 4 of 10 disability insurance applications were ultimately allowed between 2014 and 2016, while the average disabled worker’s benefit is about $1,236 per month.

Get Help With Social Security Today

There is another federal disability program, Supplemental Security Income (SSI), but payments from this program only amounted to $57 billion in 2020. Supplemental Security Income is financed by general funds, rather than special taxes in programs like the trust funds for Social Security and Medicare benefits. But these benefits are only available to the most vulnerable members of society—individuals who are disabled, blind, or elderly and have very little or no income and assets. Outside of a few exceptions, like the home you live in and a single-vehicle you use for transportation, assets totaling more than $2,000 for an individual or $3,000 for a couple preclude the receipt of SSI. Notice that couples are not able to have double the resources of an individual. Couples are further penalized in how much they can receive from SSI. In 2022, an eligible individual can receive no more than $841 per month, while an eligible couple can only receive $1,261 at most. Any other income cuts into how much an SSI recipient actually gets. While the amount deducted from SSI varies, earned income, unearned income, income from a spouse, and gifts of free food and shelter all decrease that amount. No one is living a life of luxury on these disability benefits alone. (Although perhaps unlikely to succeed, there is bipartisan legislation to update SSI to make the asset limits fairer.)

It is also simply untrue that fraud is a rampant concern. The Social Security Administration believes that the “fraud incident rate . . . is a fraction of one percent.” The nonpartisan Committee for a Responsible Federal Budget reports that “all improper payments, including payments to the deceased and the very old, are estimated at about $3 billion per year,” so even complete elimination of all such payments (not just cases of outright fraud) would only “reduce costs by at most 0.4 percent.” In contrast, the think tank Federation of American Scientists reported that between 2013 and 2017, “the Department of Defense entered into more than 15 million contracts with contractors who had been indicted, fined, and/or convicted of fraud, or who reached settlement agreements. The value of those contracts exceeded $334 billion.” 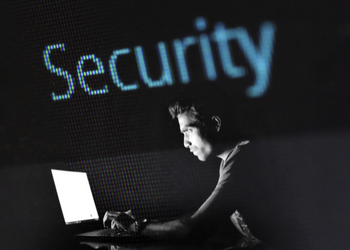 On the other end of the issue, the Social Security Administration is not an evil organization. It is providing a tremendous service to the public. But it is understaffed and underfunded, dealing with competing policy priorities as one side of the political aisle has toyed with stripping back or eliminating benefits while the other side has seemed largely indifferent for years. The Omnibus funding bill for 2022 provided only $13.2 billion on administrative expenses for this colossal agency serving such a vast swath of the population even as the number of beneficiaries have swelled thanks to the aging of Baby Boomers into retirement. In contrast, assistance to Ukraine amounted to $13.6 billion. In 2020, $129 billion went to funding outlays for natural resources and the environment; general science, space, and technology; general government; agriculture; energy; commerce and housing credit programs; and the administrative costs of Medicare and Social Security. That was of a total of $914 billion for all non-defense spending, in contrast to $714 billion for defense spending. Decisions have to be rushed through as a result of the ongoing and years-long funding shortage. People will get denied because their cases haven’t perhaps been as scrutinized as they should be. And yes, there are bad apples—though the number of run-of-the-mill consultative examining physicians willing to rush through an evaluation and a noncommittal “opinion” anecdotally seem to far exceed the number of people involved in the entirety of the Conn conspiracy.

There are other things The Big Conn gets wrong by oversimplification. The Social Security Administration and the various disability programs administered by the agency are large and complicated. A show focused on one flashy lawyer cannot cover everything. But I doubt anyone watching could even explain what disability programs exist, let alone how they actually operate, by the end of the series without prior knowledge. There is apparently an associated podcast, and it is possible that perhaps the podcast breaks down some of these concepts more, but additional homework should not be required to provide an adequate and fair framework for the topics addressed by a documentary.

While the show does try to focus on some of the heroes in the Conn conspiracy, like the brave whistleblowers within ODAR who helped to bring the truth to light or the defense attorney who dove into disability law to devote himself to the pro bono cause of helping the many disability recipients suddenly and unceremoniously cut off from their benefits (all while volunteering for a local animal shelter), the focus is still on the mythology of the disability attorney at the center of the conspiracy. That focus, even augmented by phone interviews with Conn himself, largely remains shallow as the show hops between competing investigations and spends most of its time delighting itself with the oversized personality and antics of this single attorney, even as it acknowledges later on that by all accounts it was a corrupt administrative law judge who initiated the whole conspiracy and who was covered by at least one superior. Even Conn feels less than a complete human being, with little attempt to fill in who he was or where he came from outside of speculation about a domineering mother and a narcissistic personality.

In refusing to ever disconnect itself from the idea that fakers and fraudsters are the biggest threat to the government and the public, and in its focus on an unusual event rather than the more pressing challenges within the Social Security Administration, The Big Conn cannot truly do justice to those who suffered as a result of the fraud and its unraveling or those who continue to suffer because of the everyday bureaucratic injustice of an agency with outdated rules, a too-stringent standard, and overworked employees.

At Keller & Keller, we are one of the top-rated Indianapolis disability attorneys Hoosiers call on to help them obtain the Social Security benefits they deserve. Thankfully, we bring all the essentials to the table: experience, communication skills, a proven track record, and, most importantly, a commitment to our client's well-being.