Do You Drive A GM? Your Car Could Have A Faulty Ignition.

General Motors (GM) sent technical bulletin warnings to dealers across the country indicating they had identified specific GM models as having faulty ignition switches. The question facing GM is why they waited for more than 10 years to issue an official recall on these vehicles if they knew the faulty ignition switches could lead to serious accidents and/or death.

In addition to the National Highway Safety Administration demanding answers, the GM ignition switch attorneys in our legal network are currently investigating and accepting these product liability cases on behalf of clients who were injured or lost a loved one to an accident involving one of the recalled vehicles.

Our #1 goal in filing these lawsuits for our clients is simple: Hold GM accountable for the injuries and loss of life that could have been avoided. We know our clients want answers in addition to potential compensation, our Indianapolis car accident lawyer explains, and we're aggressively pursuing both. 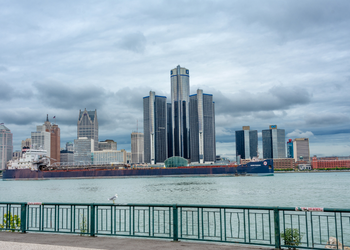 When the ignition on a defective GM car fails, the vehicle immediately loses power. After this happens the driver then loses power steering and braking ability, greatly increasing the chances of an auto wreck. Most concerning, and the primary focus of our defective ignition lawsuits, is the fact that the vehicle's airbags are also disabled. In the event that an accident does occur, the risk of serious injury or death to the driver and any passengers increases dramatically.

The most recent report from GM states that they have directly linked 13 deaths to a faulty ignition. After securing the vehicle and performing an expert investigation, it was found that the airbag failed to deploy in each of the 13 crashes. Our investigating attorneys believe that the number of deaths and serious injuries is considerably higher than the 13 reported by GM, and these numbers will continue to increase as these cars remain on the road.

Independent of GM's study was a report released by the Center for Auto Safety in which the group claims that 303 deaths can be linked to GMs with faulty ignitions. In each of these cases, the Center for Auto Safety maintains that the front airbags did not deploy during the accident. GM disputes this claim and maintains that the report misrepresents raw data about these car accidents.

Which GM Cars Are Included in The Ignition Recall Lawsuit?

In an attempt to limit their losses, GM's initial recall included only 2 GM models known to be affected by the faulty ignition switch. However, an expanded recall has upped the number to 6 different models and a total vehicle count of 2.6 million.

The models included are:

To conduct an official check for your vehicle, we encourage you to visit the official GM Recall Center and enter their VIN into the "Search" field. The results will identify whether or not your GM is included in the recall.

What Causes GM Ignitions to Fail?

Incredibly, the part in the ignition that has been responsible for the deaths and injuries is a mechanism that is 1.6 millimeters less "springy" than it should be. This minor reduction in tension creates enough of a gap between the key and the sensors to shut the vehicle off. This clearly illustrates why impeccable quality control is essential in the automotive industry.

GM engineers and safety inspectors/regulators have further been able to identify the most common factors related to ignition failure, and while they may not be exclusive, they are documented causes:

Keyrings that contain multiple keys, or other accessories that added additional weight, had the potential to "wear out" or disengage the ignition switch.

Another source of ignition failure occurs when a driver or passenger inadvertently jostles the keys while they are in the ignition, e.g., the driver's leg making contact with the keys.

Additionally, safety inspectors and GM have also confirmed that if any of the recalled vehicles are driven over a bump, pothole, rough pavement or dirt roads, the potential is present for the key to jostle and disengage from the ignition.

(Important: disengagement doesn't mean that the keys are fully removed from the ignition. It simply means that the sensors are not making contact with the keys while they are in the ignition.)

Why You Need A GM Recall Attorney

GM's revenue in the first 9 months of 2014 totaled $116.3 billion. A person trying to fight a corporate giant like GM is no match for the resources, high-priced attorneys, and army of experts that they have at their disposal. In addition to a seemingly unlimited amount of money to help them fight your claim is the questionable ethics and character this recall investigation has exposed. Knowing the company failed to act for 10 years and could have corrected the problem on each car for less than $1, no one should expect to get a straight answer from GM about the status of faulty ignition recall lawsuits.

Keller & Keller is part of a legal network that has extensive knowledge and resources that enables us to represent clients with an aggressive style that has proven both professional and successful. Our attorneys also offer a Zero Fee Guarantee to anyone with a potential GM recall lawsuit. This means that our attorneys will never charge you for a consultation and the only way we receive money for our legal services and investigation of your case is if you receive compensation.