What Motorists Do on Indiana Roads That Put Bikers at Risk 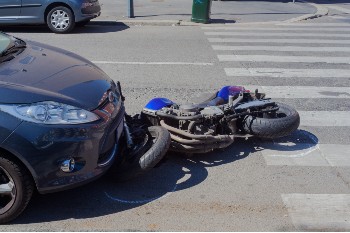 You do everything you can to protect yourself as a motorcycle rider in Indiana, including wearing protective gear, keeping up your riding skills, obeying traffic laws, and watching out for cars that don’t see you. However, there’s only so much you can do to keep yourself safe when other motorists on the road are careless, reckless, or negligent.

If you are seriously injured in a motorcycle crash that was not your fault, it is essential that you establish who was at fault in order to hold them responsible for your losses. At Keller & Keller, not only do we represent motorcycle riders in injury cases, but we are also bikers ourselves. This gives us an edge when gathering evidence of fault and fighting insurance companies for the compensation you are owed.

Motorcycles are smaller than cars, and there are usually only a few on the road at any given time. Because of this, drivers of cars are often unaware of their presence and don’t allow them the safety buffer they need and deserve. Motorcycle riders are more vulnerable to accidents and injuries due to the nature of their vehicles, but that fact does not release drivers from the duty of care they have to all other motorists—including bikers.

Motorcycle riders can be seriously injured and even killed when drivers make bad decisions such as the following behind the wheel:

In any crash where the driver of a car or truck acted in a negligent manner, the injured biker should not have to bear responsibility for their own medical bills, property damage, and lost wages. With an experienced motorcycle accident lawyer on your side, you can hold the driver liable and recover the damages you deserve to put your life back together.

A skilled Indiana motorcycle crash attorney will have the experience necessary to determine who was at fault in your crash and what your claim is worth—including potential future losses—to ensure that you are fully compensated for your losses. We go to bat for Indiana motorcycle riders, and we would be happy to evaluate your claim in a free initial consultation. Play it safe—talk to Keller & Keller in Indianapolis about how we can help you get what you deserve.