Injured in a Crash With a Permian Basin Hazmat Truck? Trust Our Team to Fight for You 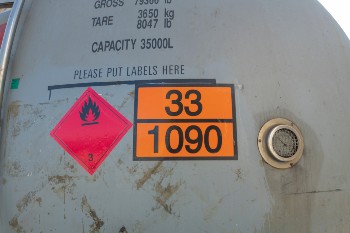 By definition, a truck carrying hazardous materials is a danger to other drivers on the road. While the average commuter or road tripper might have only seen these tankers occasionally in the past, our New Mexico truck accident lawyer adds, we can expect to start seeing more and more of them along Route 285 in New Mexico.

That’s because drilling and fracking in the Permian Basin shale patch are picking up steam and contributing to increased truck traffic across the state. And many of those trucks carry explosive, flammable, and toxic materials. At Keller & Keller, we are concerned about the safety of drivers in this area, and we are standing by to help anyone who has been seriously injured or who has lost a loved one in a crash with oil field traffic.

What Kinds of Hazardous Materials Are Moving Through New Mexico?

Fracking and drilling for oil are complex and dangerous processes. As hazardous as the work is for people on the oil field, it is almost as dangerous for the innocent bystanders who must share the road with the chemicals, explosives, batteries, and toxins being trucked into and out of the site. If these materials fall into one of the Federal Motor Carrier Safety Administration’s (FMCSA) nine classes of hazardous material, they must be handled by highly trained drivers in clearly marked and specially designed vehicles. Those FMCSA classes include:

Many of these kinds of materials are used in or are produced by shale fracking operations. We can expect materials such as chemicals, contaminated water, lithium batteries, explosives, detonators, oxy-acetylene, and more to be trucked into and out of the Permian Basin. In addition, non-hazardous materials such as sand and water can increase the impact of a truck crash by spilling across the road.

Not only are drivers near the crash at risk, but nearby residents can also be impacted by the crash of a hazmat truck. Our team is ready to help anyone injured or killed by a Permian Basin hazmat truck crash.

Dangers of a Hazmat Truck Crash

If a truck carrying hazardous materials crashes on Route 285 or elsewhere in New Mexico, the damage it causes can be devastating. Victims of these crashes can suffer the following kinds of injuries:

Any of these injuries could be life-changing, and you deserve legal representation that will fight to preserve evidence and get you the compensation you deserve from the truck driver, their employer, and potentially the oil company as well.

You Need an Experienced Attorney as Soon as Possible

A crash involving a Permian Basin hazmat truck will be complicated by a number of factors. There could be multiple liable parties, multi-billion-dollar corporations could be involved, and teams of lawyers will likely fight your claim. If the hazmat trucking company violated federal law, that adds another layer of complication. We cannot stress enough how important it is that you have an experienced Albuquerque personal injury attorney on your side as soon as possible after the crash.