What is the most dangerous truck route in New Mexico? 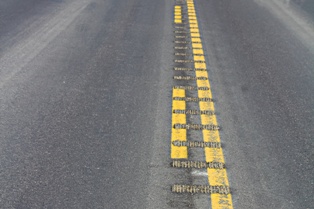 You may never feel all that safe when driving near a commercial semi-truck. After all, your mid-size SUV will not offer much protection if you are sideswiped or rear-ended by a 40-ton tractor-trailer. And what if you are in a head-on collision with one? Your chances of survival are minimal. That is exactly what makes U.S. 550 so dangerous. In fact, it is among the deadliest stretches of road in New Mexico.

This 175-mile stretch of road runs between Bernalillo just north of Albuquerque to the Colorado border, passing through the towns of San Ysidro, Cuba, Nageezi, Bloomfield, and Aztec. It is a four-lane undivided highway with a speed limit of 70 miles per hour. According to the Santa Fe New Mexican, only I-40 had more fatalities per road mile in New Mexico from 2013-2015, and that interstate carries twice the traffic of U.S. 550. With no barrier between the two directions of traffic, vehicles—including semi-trucks—can easily cross the 6-foot-wide median into oncoming traffic. This is exactly what happened in a tragic 2017 crash on U.S. 550—a semi-truck crossed the median and collided with the Crawford family, killing them all. Another family of four—the Millers—were killed in a similar accident on U.S. 550 in 2014.

What Can You Do When You Are the Victim of a Tragic Truck Crash?

While the lack of a barrier and the high speed limit on U.S. 550 make it a dangerous road, it is still a driver’s responsibility to be alert, sober, focused, and in control as they travel on it. When a truck driver fails in this responsibility and causes an accident, he—and possibly his employer—can and should be held liable for the damage that is caused. If you or your passengers are injured or a loved one is killed by a negligent trucker on U.S. 550 in New Mexico, contact the truck accident attorneys Keller & Keller in Albuquerque. We will investigate the crash to determine the cause and stand up to the team of attorneys the trucking company is likely to send in defense of its driver. Whether we are seeking injury damages or wrongful death damages, we will fight for the compensation you deserve. Contact our New Mexico office today.