As you drive on Indiana’s interstates, you are probably well aware of the thousands of massive semi-trucks that cross our state on a daily basis. You might have even seen the devastating aftermath of crashes involving big rigs around Indianapolis on I-70 or I-65. But these trucks can also cause crashes on our rural roads, cities, and towns as they pick up and deliver goods to local businesses and warehouses. Our Indianapolis truck accident attorney takes a look at the causes of semi-truck crashes off the highway and what you should do to protect your recovery if you are injured in one. 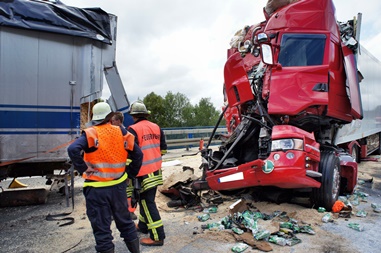 As long-distance haulers, commercial semi-trucks spend a lot of time crossing the country on highways and interstates, so it stands to reason that most injury accidents involving trucks happen on the highway. However, as truckers leave the highway to pick up cargo, deliver goods, or take breaks, they must navigate narrow roads and downtown streets. Negligent drivers can cause auto accidents when they:

The causes of semi-truck accidents on local Indiana roads are really no different than they are for regular passenger car drivers, but the effects of truck accidents are far more catastrophic.

1How much is my semi-truck accident case worth? 2What makes a semi-truck accident case different from other accidents? 3How long do these cases typically take to settle? 4What if the police report places me partially at fault? 5Why is the insurance company for the semi driver so aggressive? 6How much does it cost to hire Keller & Keller?
To Reach Us Immediately Call
1-800-2-Keller