What Can the Hurt Report Tell Us About Motorcycle Safety Today?

Although the Hurt Report began collecting data in 1976 and was published in 1981, it is still seen today as one of the most comprehensive and significant studies in motorcycle safety ever published. The document is named after its primary author, Dr. Hugh Harry Hurt, Jr., a University of Southern California professor, and is officially known as Motorcycle Accident Cause Factors and Identification of Countermeasures, Volume 1: Technical Report.

The study was commissioned by the Department of Transportation's National Highway Traffic Safety Administration and heavily involved the contracted University of Southern California's Traffic Safety Center. The mission of the study was to uncover knowledge about why and how motorcycle accidents happen.

During the study, as our Indianapolis auto accident attorney explains, Hurt and a team of motorcyclist investigators took two years to examine all motorcycle accidents in the area, both in Los Angeles and the rural surroundings outside of the city. All in all, over 900 accident sites were visited and examined. Each time a motorcycle accident scene was studied, over 1,000 pieces of data were collected, from survivor interviews to skid mark length to weather conditions. 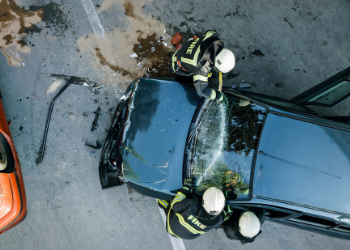 Among other results, Hurt found that:


Most believe that the main findings of the Hurt Report are still valid today - it seems like common sense that helmets are still effective and that one of the gravest dangers to motorcyclists continues to be that they are difficult for other drivers to see. However, on the other hand, other researchers point out that in the last 30 years, motorcycle engineering has changed, as has motorcycle awareness, user populations, and roadways. In addition, there are many larger and heavier cars on the road (such as SUVs) that may change some important considerations in relation to motorcycle accidents. Whatever the case, however, a newer study of the same detail has never taken place.