The Indiana Trucking Industry Is Facing Some Dangerous Trends 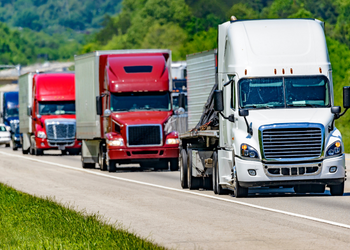 Massive big rigs are a source of unease for many Indiana drivers, and they’re not going away any time soon. According to a recent report from the American Trucking Association (ATA), semis continue to dominate the American trucking industry. Titled ATA American Trucking Trends 2017, the study found that semis carried 10.42 billion tons of freight in 2016, more than 70 percent of the entire U.S. shipping industry. Gross freight revenues in 2016 exceeded $676.2 billion.

Hoosiers need only look at the traffic along Interstate 70, Interstate 65, Interstate 69, and Interstate 465 to see this in practice. As 18-wheelers cart goods from manufacturing centers to points of distribution throughout Indiana, they pose a potential threat to motorists. Given the steady growth of the industry, this threat may only be getting worse.

According to the National Highway Traffic Safety Administration, large commercial vehicles were involved in 475,000 accidents in 2016, resulting in 104,000 people injured and 3,864 killed. As truck traffic increases, so does the potential for crashes with passenger vehicles. Other recent trends that may be compromising commercial truck safety include the following:

People who have been involved in semi-accidents face not only the pain of injury and potentially long-lasting effects but the financial strain of medical bills and lost wages. The best way for the people of Indiana to protect their rights is by working with a qualified professional.